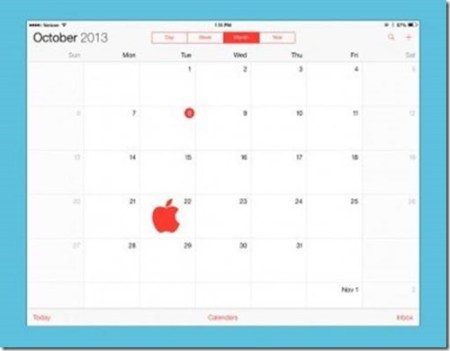 Apple will hold a special event in the upcoming weeks to unveil new iPads, Mac Pro, and OS X Mavericks.

According to CurrentEditorials, the event is set for the 22nd of this month. Also worth mentioning is that this event is on the same day that Nokia will be unveiling new Lumia phones, and Microsoft’s Surface 2 Tablet will go on sale.

Sources telling CurrentEditorials, the new iPad will take its design from the current iPad mini. The new iPad will shrink in size thanks to its new thinner bezel and screen size, and it should be about 9.7 inches. The fifth-generation iPad will feature Apple’s A7X CPU and possibly a fingerprint scanner that is currently found on the iPhone 5s device. Apple has been testing the Touch ID, but no sources have confirmed that it will make it to the final product.

iPad mini 2 is expected to be unveiled as well. The second-generation iPad mini will come with an A6 processor which is currently used in the iPhone 5c and in the discontinued iPhone 5. What we don’t know is which screen resolution the new iPad will have. It is unclear if the iPad mini 2 will receive a Retina display as reported by The Wall Street Journal.

There is very little news on what exactly will be announced at the event about the new Mac Pro. Sources claim the Macbook should receive Intel’s Haswell CPUs as part of their update.

What are your thoughts on the Apple event?

Are you excited to see a new Macbook or the new iPad’s?