As part of a regular feature for AlienBabelTech, we are charting the performance of 22 games with AMD’s latest Release Candidate Beta 14.4 Catalyst driver released earlier this week using R9 290X/280/270X. We will compare these Radeons’ single-GPU performance versus the previous Catalyst 14.3 Beta 3 driver and also versus the latest GeForce 337.50 beta drivers using GTX 760/770/780 Ti.

This driver performance evaluation will give a natural comparison between the driver performance improvements for AMD and Nvidia’s latest set of beta drivers. Both sets of drivers were released quite recently. This is an important time for Nvidia and AMD to showcase their best driver improvements, and AMD’s Catalyst 14.4 became WHQL yesterday. 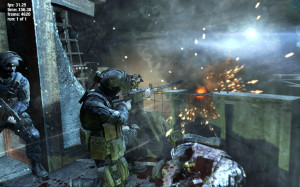 Performance should be identical between the 14.4 Release Candidate and the 14.4 WHQL driver as retesting with a R9 270X indicated.

We will revisit Catalyst 14.4 WHQL performance when Nvidia’s next WHQL driver is released We are going to test Catalyst 14.4 RC and 14.3 Beta 3 versus GeForce 337.50 Beta using our current benchmark suite of 22 games plus 4 synthetic benchmarks – FireStrike, Heaven 4.0, and 3DMark 11.

Our testing platform is Windows 7 64-bit, using Intel Core i7-4770K at 4.00GHz, ECS’s flagship Z87 Golden motherboard and 16GB Kingston “Beast” DD3 at 2133MHz, and the settings and hardware are identical except for the video cards. The R9 290X and the GTX 780 Ti are tested at higher settings and resolutions generally than we test the midrange cards as noted on the charts.