It features models and backgrounds rendered in 3D while the gameplay takes place in a traditional 2D plane.

A benchmark for the PC version can be downloaded from here.

Here are the settings used: 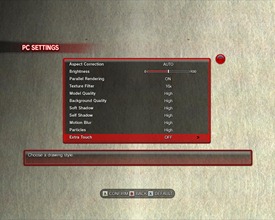 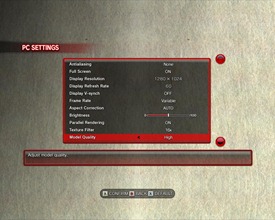 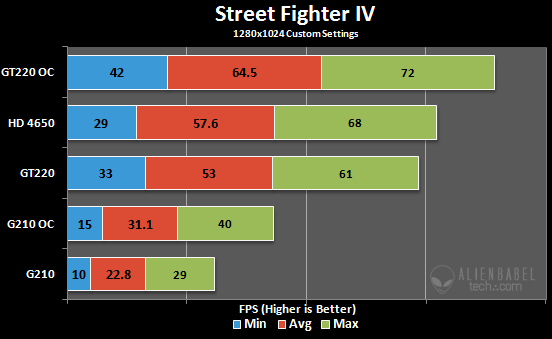 Another good showing by the G210 as it is able to provide playable framerate when overclocked even when most of the graphic settings are on high. And another win for the overclocked GT220 over the HD 4650.