The Nvidia GTX Titan is shipping on the 21st of February and will also be available for order from leading OEMs. It should be available at etail shortly afterward.  At the Nvidia press meeting, it was made clear that Titan’s launch would not be limited to 10,000 cards. It was also noted that Nvidia’s partners would supply Titans by region – ASUS and EVGA would supply North America.

Here is a direct quote from Nvidia:

GeForce GTX TITAN will coexist with GeForce GTX 690 at the top of our product stack. We will not be ending GeForce GTX 690 production. We feel the two cards complement each other well; GeForce GTX 690 is the ultimate graphics card for today’s games if all you plan to do is drive a single high-end 27″ or 30″ panel. For these users, there’s nothing else like GTX 690. However, with its bigger frame buffer and 384-bit memory interface, GeForce GTX TITAN is better suited for Surround gaming with multiple monitors. In addition, GeForce GTX TITAN is compatible with a wider variety of system cases thanks to its reduced power requirements and shorter board length. GTX TITAN also runs quieter and exhausts hot air outside your system chassis.

Titan IS impressive. However, the big question is what does it bring over the similarly priced GTX 690 and is it “worth” $1000.  It did extraordinarily well performance-wise comparing it to the the last generation dual-GPU GTX 590 and HD 6990 where it brings higher performance than any other video card in the world to date except for the GTX 690. We are totally impressed with the GK110 cool-running Kepler chip that has very good overclockability.  It slots above the HD 6990 and the GTX 590 and it leaves the GTX 680 and HD 7970 GHz edition in the dust.

Titan also looks awesome inside just about any case. We just wished that Nvidia had made a removable aluminum backplate for it since a raw PCB is out of place on such an outstanding looking card.  We realize that a backplate would not work for Tri-SLI on all three cards due to ventillation issues, but it only needs to be on the top card in a multi-GPU system since the other cards’ PCBs are mostly hidden by the other cards.  A backplate could even be personalized for Titan owners who desire the ultimate in customization.

In addition, Nvidia indicated that the LED logo is programmable and that their partners may have their own light sequence available for end users.  Unfortunately we didn’t have time to check out EVGA’s program.

We see good overclockability with extreme quietness at stock voltage and fan profile even when the GTX Titan is overclocked.  The temperature limit is set too low in our opinion at 80C, but it is easily changed.   The only issue would be Titan’s high price and we expect that it gives about 80% or more of the performance overall of the GTX 690 in a single GPU with a strikingly presented package. $999 is really expensive yet we are quite certain that it will appeal to the gamer who demands the very best – without any compromises.  If you have a GTX 680 or a GTX 690, you simply cannot run Max Payne 3 with maxed-out ultra setting in Surround like you can with Titan.

We want to make it clear that a gamer that prefers “bang for buck” would never consider Titan at all at $999.  Rather a pair of GTX 670s in SLI or a pair of HD 7950s or HD 7970s in CrossFire would make sense to a performance oriented but budget conscious gamer.

Titan is mostly targeted at three kind of users.  (1) The ones that must have the fastest single GPU card and/or a super-high performance small form factor gaming PC.  It is also targeted at (2) programmers who can’t afford a KX20, and also tat (3) the enthusiasts who have a lot of disposable income so as to build their own “Personal SuperComputer” – with three Titans in TriSLI – costs not being a factor. 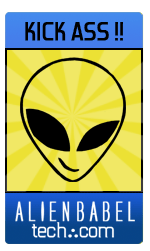 We do not know what the future will bring, but the GTX Titan brings an excellent top-performer to the GeForce family and it clearly establishes itself as the fastest single-GPU video card in the world. With great features like PhysX and the second generation of 3D Vision, one can be assured of immersive gaming by picking this card for 2560×1600 or even higher resolutions including for Surround and/or for 3D Vision Surround.

If you currently game on an older generation video card, you will do yourself a big favor by upgrading. The move to a GTX Titan will give you better visuals on the DX11 pathway and you are no doubt thinking of Tri-SLI if you want to get the ultimate in gaming performance. Price is the only issue and if you are a bang-for-buck gamer, you will no doubt prefer a pair of GTX 670s in SLI for similar performance and the Titan will not be for you.

The competition is hot and AMD offers their own set of features including Eyefinity and HD3D but they simply cannot touch the raw power of the GTX Titan. Perhaps they will finally introduce their own flagship dual-GPU card, the HD 7990 officially.

Stay tuned, there is a lot coming from us at ABT. Next up is an evaluation of the Cooler Master Seidon 240M which allowed us to benchmark at 4.9GHz.  Did we reach 5.0 GHz?  And don’t forget to check our forums! Our tech discussions are becoming among the best to be found anywhere!!