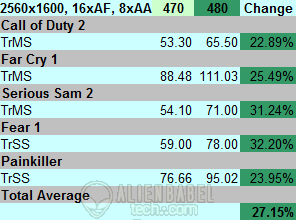 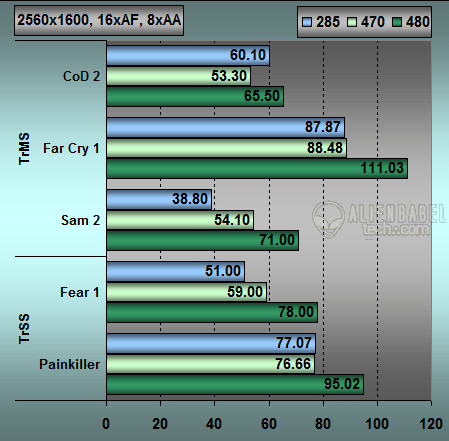 All of the previous pages show a performance gain of approximately 23%, but this page shows 27.15% overall. This proves yet again that older titles stand to benefit a lot from a GPU upgrade, often even more than new games. In particular, Serious Sam 2 and Fear 1 show very large performance gains of over 30%.