Nvidia has just released its “sweet-spot” $229 GeForce GTX 660 and the $109 GTX 650 based on its “GK106” 28nm Kepler DX11.1 architecture this morning. These new GPUs are the fourth and the fifth GPUs which complete Nvidia’s Kepler family lineup.  This is our second evaluation of a GTX 660 today which is going to focus on performance and price and particularly on the EVGA GTX 660 2GB Superclocked which etails for $229. 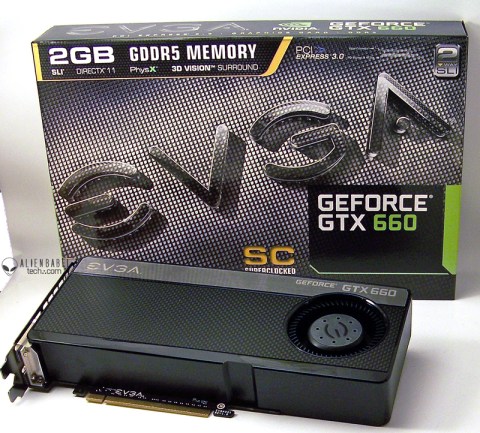 We received a EVGA GTX 660 Superclocked video card from EVGA under NDA late on Monday which kept it out of this morning’s GTX 660 launch article featuring the Galaxy GTX 660 GC. We compared the Galaxy GTX 660 to its $229 price point’s direct competitor, the factory overclocked HD 7850, as well as the GTX 660 Ti and Nvidia’s second-fastest card of the last generation, the GTX 570 as well as to our EVGA GTX 460 FTW as a upgrade path.   The stock GTX 660 completely outperformed the highest factory overclocked HD 7850 available anywhere in 24 of our 24-game benchmark suite – in only 4 games could it be even called “close”.  And the Galaxy GTX 660 GC easily won our ABT Editor’s Choice award.

We are not going to repeat the same evaluation that we published this morning.  If you want to learn about the architecture of the GTX 660 and the GTX 550 as well as to see the performance of the Galaxy GTX 660 GC detailed, please see this morning’s GTX 660 evaluation here.

Instead, we are going to focus on the EVGA GTX 660 Superclocked’s performance and especially on overclocking it beyond its base clocks which match the highest user overclock that we got on the Galaxy GTX 660 GC.  Since we were able to get our EVGA 660’s core and memory far beyond the Galaxy clocks, our evaluation will give extra insight into the performance gained from overclocking the core versus overclocking the memory.

There are going to be several varieties of the GTX 660 with their suggested base price starting at $229 which will include some factory overclocked SKUs. Here is some partner pricing that have been confirmed: 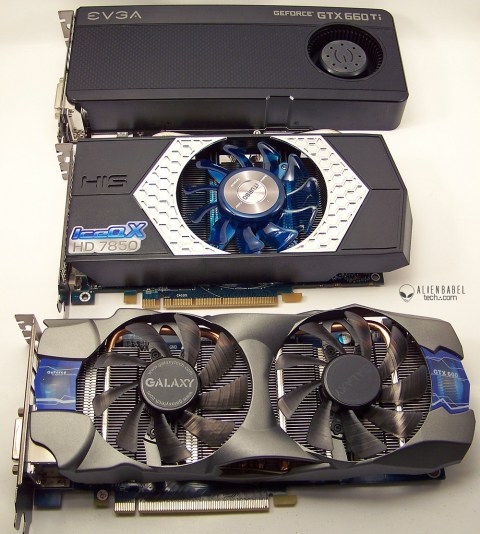 Since we do not want any chance of our CPU “bottlenecking” our graphics, we are testing all of our graphics cards by using our Ivy Bridge Intel Core i7-3770K at 4.80GHz, 8 GB Kingston PC1866 DDR3 and an EVGA Z77 FTW motherboard. This new motherboard features 16x + 16x PCIe 3.0 specification for CrossFire/SLI.

Before we look at our test bed and run benchmarks, let’s unbox our EVGA GTX 660 Superclocked edition and look at its specifications.