ABT Builds a GTX 780 SLI Battlebox for 4K

We were interested to see if we could build our own “Battlebox” featuring GTX 780 SLI that would match the Battleboxes that are made by Nvidia’s PC building partners.  Battleboxes are extreme PCs that are usually based on a very fast Intel CPU with excellent cooling, pairing two GTX Titans or GTX 780s in SLI, a SSD, and super-fast system memory.

They are called battleboxes because they equip a player for “battle” in playing PC games with the highest-quality components to give the best user experience for fluid high-resolution gaming up to 4K.  In contrast, the next generation consoles will struggle with lesser settings at 1920×1080 to provide fluid framerates.

Nvidia’s Battlebox program consists of only high-end PCs as they have to be outfitted with at least two GTX 780 in SLI.  Critics might point out that a single GTX 780 costs more than a complete XBox One console. However, unlike the next generation consoles which are limited to a maximum of 1920×1080, a Nvidia-based Battlebox PC will run next generation games at their highest settings – even at 4K resolutions (3840×2160 pixels) – with far higher frame rates and much more fluidly than a console gamer can ever dream of. 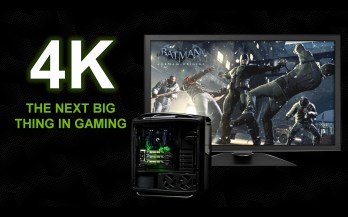 Unlike the console-version of a upcoming next generation game like Batman: Arkham Origins, anyone playing on a PC with a Nvidia videocard can take advantage of GPU-accelerated PhysX effects, HBAO+ Ambient Occlusion and TXAA anti-aliasing. However, to enable all of these features, you will need a powerful gaming rig, especially for a 4K monitor. 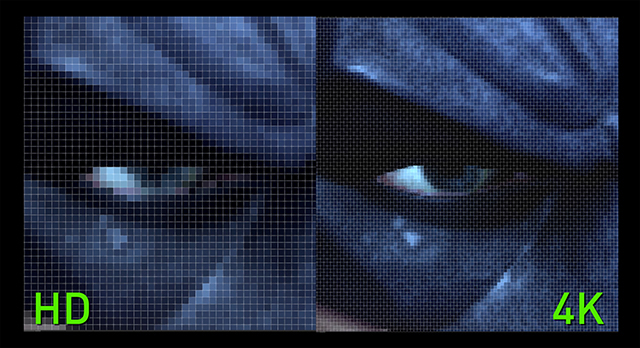 The step up to 4K from HD will provide greater immersion but will require serious GPU power that only multi-GPU can provide now.  The idea of a Battlebox PC is one that can take on the biggest holiday combat games, including Assassin’s Creed IV Black Flag, Batman: Arkham Origins, Call of Duty: Ghosts, and Watch_Dogs. 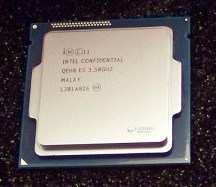 We heard about the Battleboxes last Monday and we immediately put the word out to our friends at Intel, ECS, and EVGA about our project.  On Friday, we received a Haswell Core i7-4770K from Intel as well as a EVGA reference GTX 780 from EVGA to compliment our own reference GTX 780.  Unfortunately, our ECS Golden Series flagship Z87 motherboard was a no show, so we will fall back to our reliable Ivy Bridge i7-3770K which is one generation older than the latest Haswell 4770K.

Since there is a small IPC improvement with Haswell over Ivy Bridge in gaming, we will overclock our Core i7-3770K to compensate.  Other than that, and only lacking a lighted SLI bridge, our own ABT Battlebox GTX 780 SLI system should perform very similarly to “Battleboxs” made by Nvidia’s partners.  We will also use a fast Kingston HyperX 240GB SSD which is identical to a HDD in framerates, but which promises faster game and level-loading times, as well as 16GB of Kingston “Beast” HyperX DDR3 at 2133MH, and our EVGA FTW Z77 motherboard which promises full 16x+16x PCI3 3.0 bandwidth for GTX 780 SLI. 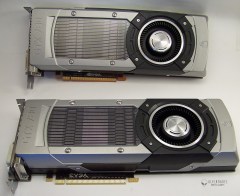 SuperSampling works by scaling up the resolution of the frame buffer. If you have a native 800×600 screen resolution, for 4X SuperSampling, it would use a 1600×1200 buffer internally. Every pixel on the display corresponds to four pixels in the internal buffer. The complete scene is rendered in this internally high resolution and then it is downsampled back to the display’s native resolution.  You can get some incredible image quality in this manner as the jaggies and even aliasing in motion are visibly reduced.

Nvidia’s method of SuperSampling is oversampling which renderings the image larger internally before scaling it back down for the display. Basically with 2xSS (SuperSampling), we are asking the drivers to render internally at double the resolution of our display.  In some games, we also have the option for 2.25x SS – for 2560×1440 = 1.5x the horizontal and 1.5x the vertical resolution (1.5^2 = 2.25x).  This means we effectively get 3840×2160 rendering which is downsampled for our display.

Before we look at the details and pictures of our ABT Battlebox, let’s take a look at four of Nvidia’s partners who build battleboxes for sale: Digital Storm, Falcon Northwest, Origin, and Maingear.