As part of an ongoing feature for AlienBabelTech, this editor is comparing the performance of 20 modern benchmarks with the current GeForce 296.10 driver, with the previous 295.73 WHQL driver from last month. The emphasis is on comparing driver changes on performance in DX10 and DX11 games. Due to time constraint issues, this is a shortened version of our usual analysis.

This driver performance evaluation will give us a natural comparison of the driver performance improvements for the GTX 500 series including multi-GPU over the last driver set. Representing the Nvidia cards, we will test the GTX 580 and the GTX 590 so as to give us a sampling of the highest performing cards. 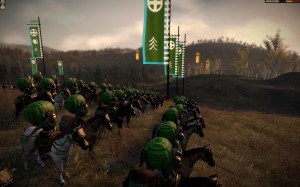 We are testing with the GTX 590 which uses two down-clocked GTX 580 cores in SLI. The percentage of change from upgrading the drivers should remain about the same for any capable CPU platform. The settings are marked on the charts and ‘ultra’ or the highest setting is always picked when there is a choice, except as noted. We use the same settings as for the previous 295.73 WHQL driver performance evaluation and they are noted on the charts.

We are going to test GeForce 296.10 versus the last GeForce 295.73 driver using our current abbreviated benchmark suite of 17 modern PC games plus three synthetic benchmarks, Heaven, 3DMark11 and Vantage. We have added Batman: Arkham City to our results as well as Left 4 Dead 2. Our Core i7-920 has been overclocked further to 4.2GHz as part of our benching platform beginning with this evaluation.

Let’s get right to the test configuration, the driver’s release notes and the tests.