Should you upgrade for potentially significant improvements over the last WHQL GeForce drivers?  Nvidia suggests that the performance improvements for some games may be up to 19% using the latest drivers released last week.  As part of a regular feature for AlienBabelTech, this editor is comparing the performance of 34 benchmarks with the GeForce WHQL 327.23 driver release versus the last GeForce WHQL 320.49 drivers. We are going to give you GTX 780 and GTX 770 results at 1920×1080 and at 2560×1600.  As a bonus, we will also compare with Beta 326.19 which is a transitional driver. 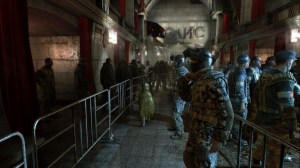 This driver performance evaluation will give a natural comparison between the performance improvements since Nvidia’s last driver set when we tested the GeForce 320 family of divers. Later this week, in Part 2, we can again compare the Radeon HD 7970 and HD 7970 at GHz Edition speeds to see how the performance has improved with WHQL 13.9 Catalyst drivers over Catalyst 13.8 Beta.

We are going to test GeForce 327.23 using our current benchmark suite of 30 games plus 4 synthetic benchmarks.  Our testing platform is Windows 7 64-bit, using an Intel Core i7-3770K at 4.50GHz, EVGA’s Z77FTW motherboard, and 16GB of Kingston “Beast” HyperX RAM at 2133MHz.  The settings and hardware are identical except for the drivers being tested as we use two identical 500GB Seagate HDDs and two 240GB Kingston HyperX SSDs – one of each for Nvidia and one of each for AMD.