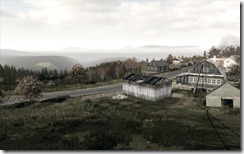 ARMA 2 is taken from the third installment in their series of realistic modern military simulation games from Bohemia Interactive. It features a player-driven story with more than 70 weapons and over 100 different vehicles. With a game world of 225 square km that is taken from actual surveillance photos, you can expect truly massive online battles with five distinct armed groups to choose from.

ARMA2 can be considered a tactical shooter where the player commands a squad of AI – or many squads – with elements of real-time tactics.ARMA 2 Demo was released in late June, 2009 and coming in at 2.6 GB, the ARMA 2 demo allows you to experience the same game play that is featured in the full version of ARMA 2 – including multiplayer, as well as a few of the vehicles, weapons and units. The ARMA2 demo also contains a part of Chernarus terrain, a small section of the full game world set in the fictional “Black Russia”.

In previous testing, there was always a massive performance hit on any DX10/10.1 card when maximum details are enabled at the resolutions that we test; AA is set to “high”.  Let’s see how our overclocked video cards do with ARMA 2 at 2560×1600.  Again, the charts do not start with zero as the grouping is very tight. 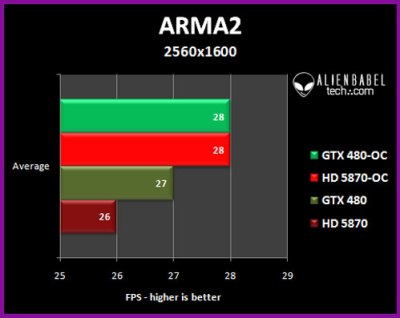 Notice there is not much difference overclocked; the cards are within 1-2 FPS from their stock to maximum overclock: 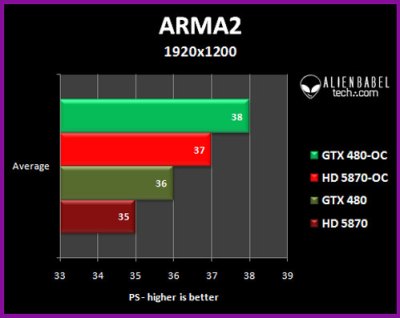 We see the same thing; a small performance increase when each card is overclocked and the GTX 480 is 2 frames per second faster than the HD 5870. 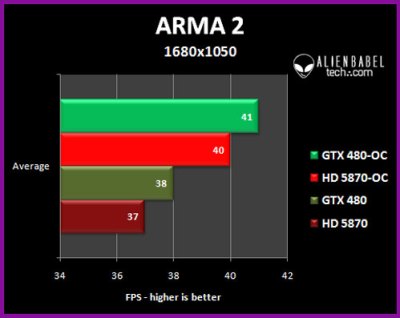