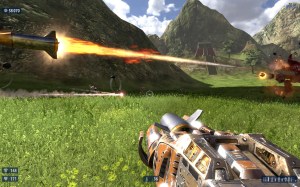 Serious Sam is the title of a series of first-person shooters created by the Croatian development team Croteam. It follows the adventures of its hero Sam “Serious” Stone and his fight against the forces of the extraterrestrial overlord Mental who seeks to destroy humanity. It’s gameplay is a throwback to early first-person shooters like Quake and Doom with the twist of being set in wide-open environments with large groups of enemies attacking at any time, and there are many hidden areas and treasures to find and puzzles to solve. Serious Sam features cooperative gameplay and allows for split screen action supporting up to 4 players.

Serious Sam: The Second Encounter was remade as “HD” using Serious Engine 3. It was released in April, 2010 for PC. Besides updated visuals, new game modes including “Co-op Tournament” and “Survival” for single player, were introduced in this remake. Serious Sam 3 is currently in development by Croteam and is expected to debut at E3, 2011. We use the basic 3 “ultra” presets for benching Serious Sam: The Second Encounter HD. There are possible further fine-tuning which will make the game even more demanding, but we chose the “ultra” presets with only one higher GPU setting, to allow for testing beyond 1920×1080. We test first at 2560×1600 resolution: 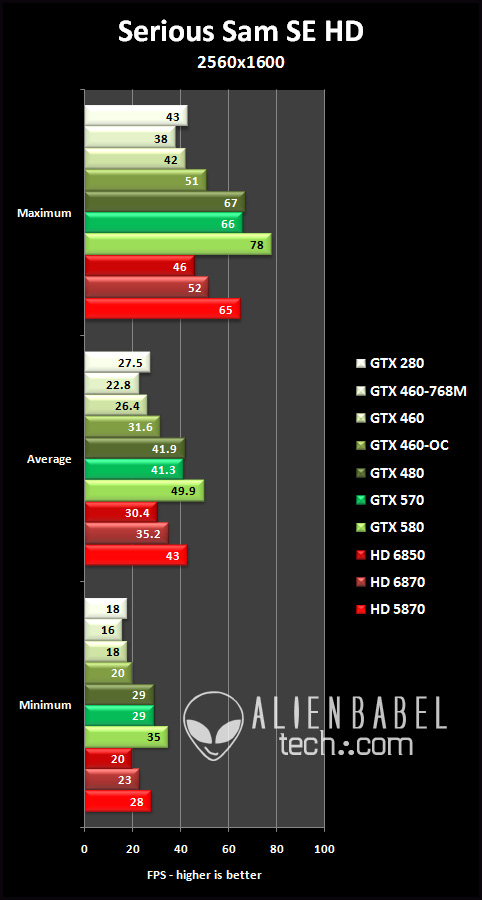 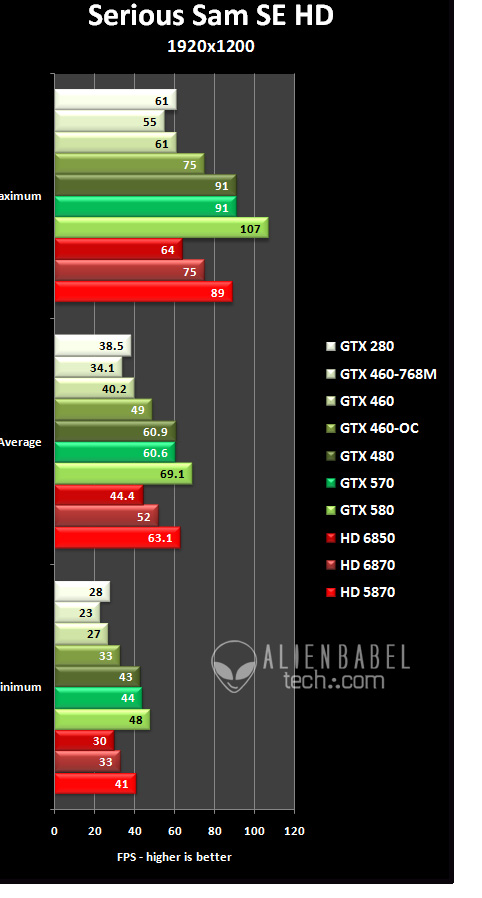 Serious Sam: The Second Encounter HD on the Serious 3 engine is quite demanding and yet all of our top configurations play it satisfactorily using the game’s built-in “ultra” presets. Although the GTX 570 trades blows with the GTX 480, the HD 5870 is a bit faster and the stock GTX 580 simply blasts past them all. However, even the HD 6850 puts in a good showing and it is sufficient to play this game at 1920×1200 although the GTX 280 and the GTX 460-768MB would be struggling.