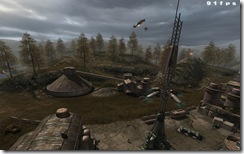 Enemy Territory: Quake Wars is an objective-driven, class-based first person shooter set in the Quake universe. It was developed by id Software and Splash Damage and published by Activision. Quake Wars pits the combined human armies of the Global Defense Force against the technologically superior Strogg, an alien race who has come to earth to use humans for spare parts and food. It allows you to play a part, probably best as an online multi-player experience, in the battles waged around the world in mankind’s desperate war to survive.

Quake Wars is an OpenGL game based on id’s Doom3 game engine with the addition of their MegaTexture technology. It also supports some of the latest 3D effects seen in today’s games, including soft particles, although it is somewhat dated and less demanding on video cards than many DX10 games. id’s MegaTexture technology is designed to provide very large maps without having to reuse the same textures over and over again.

For our benchmark we chose the flyby, Salvage Demo. It is one of the most graphically demanding of all the flybys and it is very repeatable and reliable in its results. It is fairly close to what you will experience in-game. All of our settings are set to ‘maximum’ and we also apply 4xAA or 8xAA plus 16xAF in game. First we test at 2560×1600 resolution with all settings fully maxed in-game plus 4xAA/16xAF: 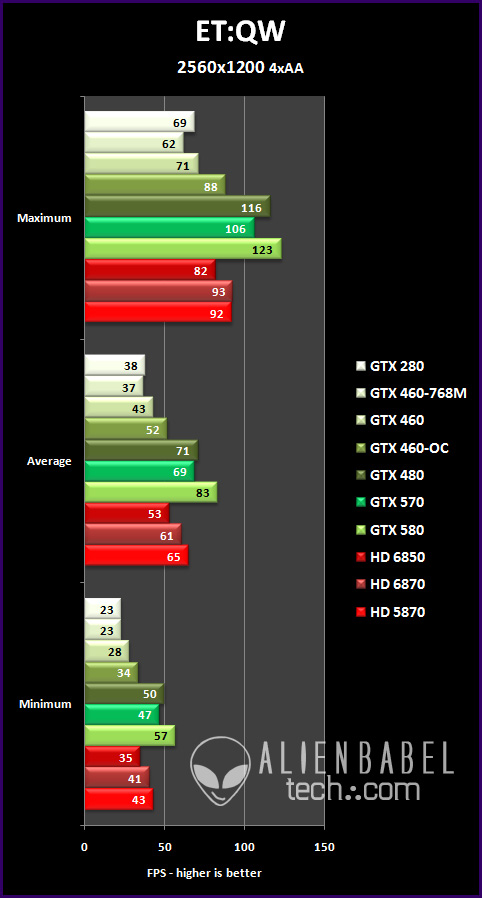 All four card offer a similar excellent experience with the GTX 580 again beating the competition; the GTX 480 edges the GTX 570 and the GTX 460s follow with some pretty weak minimums. The Radeons put in a decent showing although the HD 5870 is beaten by the GTX 570.  Let’s crank up the anti-aliasing from 4x to 8x while we test at 1920×1200 resolution. 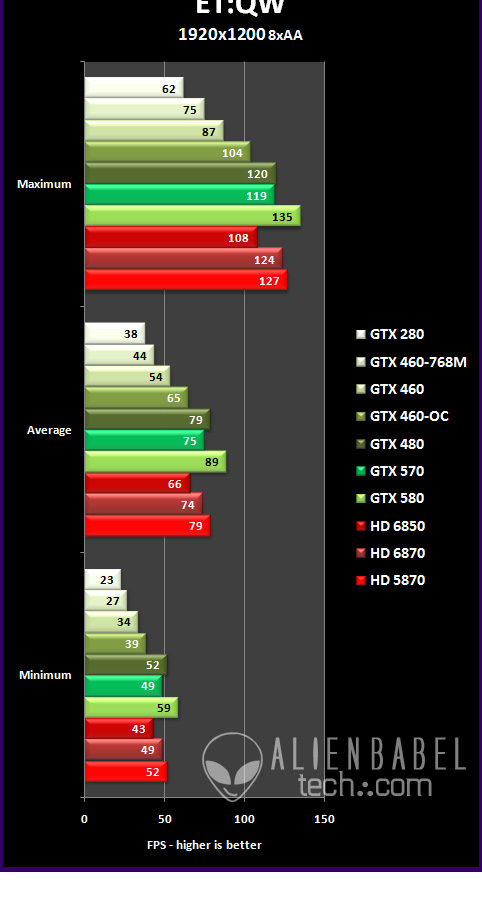 All of our video cards except for the GTX 280 and stock GTX 460s have no trouble handling this game fully maxed out once the resolution is dropped to 1920×1200. The new GTX 580 really stands out as the quickest among the very best in this game followed by the HD 5870 which matches the GTX 480 and beats the GTX 570.