Performance Meets Value – Core i7 vs. Penryn vs. Phenom II

In our never ending quest to help you decide on which hardware is right for you, we are examining CPU platforms again.  We have recently purchased Intel’s Core i7 920 processor from NewEgg.com and are going to benchmark it for you.  We started out benchmarking well over a year ago with Intel’s E4300 which we managed to overclock from its stock 1.8 GHz, to 3.33 GHz.  We next purchased Intel’s E8600 which clock-for-clock convincingly beat the overclocked E4300’s older architecture at its stock 3.33 GHz; never mind that we could get way more performance from E8600 with it overclocked to 4.25 GHz. 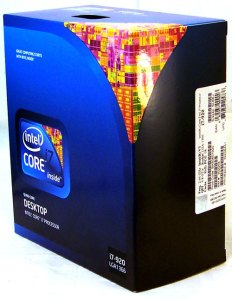 Last year ABT got an engineering sample of Q9550S from Intel that reaches 4.0 GHz and we put our E8600 to the test where it failed to meet the quad-core’s performance in the few games that use more than two cores despite the fact that it overclocked +260 MHz higher.  We then purchased an AMD value system from Newegg.com and compared the Athlon II 250 X2 with our Phenom II 550 X2  and with the Phenon II 720 X3 against our flagship Q9550S at stock, 3.5 GHz and at 3.9 to 4.0 GHz, depending on how far we could individually overclock each CPU.

For our new testing in this review, we use these same two video cards but are now benching with Catalyst 9-9 and GeForce 191.07.  This time, we will now use only our highest performing Phenom II that was available to us last month, 720 X3.  We will test it against our Q9550S and our new Core i7 920 that we just purchased from NewEgg.com together with a Gigabyte EX58-UD3R motherboard and 2×2 GB Kingston DDR3 PC18000.  We added it to the 1×2 GB for tri-channel that we got from Kingston earlier this year which Karan tested and found it to be extremely fast and stable in his review here.  So now we have the highest performing and rather expensive Core i7 system from Intel to set alongside their now midrange Penryn Q9550S and also to compare with the decidedly value AMD Phenom II X3.  We will test performance at their stock clocks, 3.5 GHz and at each CPU’s maximum overclock. 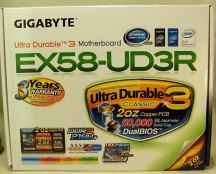 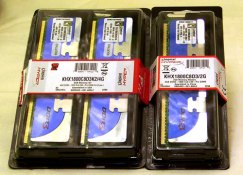 When we say “performance meets value”, we mean that the Core i7 X58 motherboard is almost double the price of its Phenom II counterpart, the i7 920 CPU itself is almost $100 more expensive than AMD’s flagship quad processor and the tri-channel DDR3 RAM is also more than double what one would pay for memory for the AMD DDR2 platform.  So we naturally ask, “is it worth it?’

Please continue on to the next page for the complete hardware and software setup of our three platforms – AMD’s Phenom II versus Intel’s Penryn versus Core i7.  We shall see what happens when performance meets value in PC gaming.