The following is by G. A . “Andy” Marken, President of Marken Communications Inc. He has kindly given us permission to republish his thought-provoking article. As with everything that we publish at AlienBabelTech, the opinions expressed are solely those of the individual writer and do not necessarily reflect the views and the opinions of the rest of the ABT staff. –Mark Poppin, ABT Senior Editor 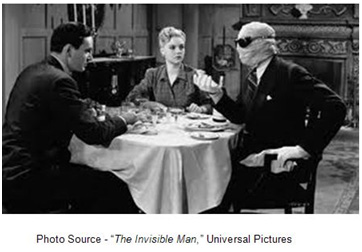 “The whole world’s frightened to death! So, I see Kemp couldn’t sleep, he had to go downstairs, he was frightened. I put my trust in Kemp, I told him my secret and he gave me his word of honor.” — “The Invisible Man,” Universal Pictures, 1933

Eons ago, the wife and I were in Carmel and found a metal sculpture of Don Quixote we really wanted, but we didn’t have the cash with us and she hadn’t replaced the checks.

The shop owner reached in a drawer and brought out a counter check – fill in the bank name, the amount, sign it.

We were reminded of that instance when an acquaintance in England told us that back in early 1970s Ireland went without a banking system for six and a half months when the bank employees went on strike.

People, companies resorted to IOUs and bartering to settle payments; and according to the Irish Central Bank, the level of economic activity continued to increase.

We doubt that that level of “faith” in a person’s word will ever return, but weirder things have happened.

Even for a relatively short period, people got along without bank accounts, checks and cash withdrawals from ATMs.

The truth is, the technical aspects of money and banking is limited.

Another acquaintance alerted us to a book by David Wolman, “The End of Money.”

In researching the book, Wolman lived without cash for a year while circling the globe to research the book.

So your banker, broker, tech toy seller won’t have a heart attack, we should note that the book isn’t about giving up money, but replacing it with electronic payments

Electronic and mobile money is inevitable.

Phone Flood
Worldwide, there are more mobile phones than people occupying the planet.

Smartphones are all the buzz because you can do so much with them – text, check email, watch movies, take/send pictures, listen to music, surf the web; and oh yeah, make a call.

True, you don’t need all that stuff on your phone to add electronic banking – cheap feature phones outsell smartphones worldwide.

People in Africa and Asia get along just fine sending/receiving micropayments, calling/talking to each other.

There’s even a dwindling population of retro folks who pride themselves on resisting the rush to get an iPhone (not our kids, but) — so they can figure out what town they are in, what restaurants are around, what the weather is and the need to sling birds at targets.

No one mugs these folks for their phone because fer gawd sake, who wants to steal a flip-phone?

But they do miss out on mobile shopping, which increased from 75 percent to 93 percent last year. 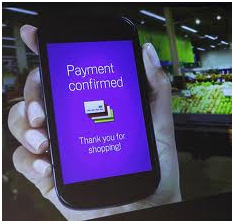 Swipe, Go – Mobile shopping has only begun to slowly catch on with Gen Yers, but a few leading-edge retailers such as Starbucks have been successful in getting customers to use their smartphones to pay for goods/services. Retailers see the advantage of having their specific mobile money application because it brings them closer to the customer to offer coupons, special offers and faster service.

Of course, completing a purchase in the Americas still isn’t as popular as it is in Finland, Japan and other countries. In those parts of the world, people have used phones as ‘virtual’ credit cards for years, paying for everything from parking to bottles of soda and gadgets to dinner.

In the Americas, we’re dipping our phones in the water, using the device for electronic boarding passes, going to movies/concerts, buying a cup of coffee.

Store Visit
Still, the most common action according to Ipsos – 55 percent of the respondents – is to go to a store in person after the smartphone search.

Mobile purchases are the first step toward mobile money, but even that is slow in coming. 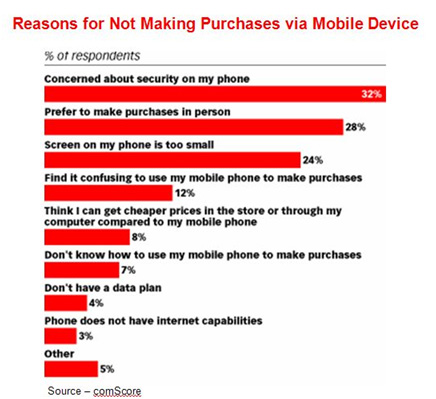 Mobile Shopping – People are increasingly using their mobile devices – tablets, smartphones – to do product and outlet research. The predominant solution so far is to find the store/product/best price and make the purchase in the store. Source – comScore

And on-phone purchases are only the first step in moving to mobile money.

As the Invisible Man warned, “All right, you fools. You’ve brought it on yourselves! Everything would have come right if you’d only left me alone. You’ve driven me near madness with your peering through the keyholes and gaping through the curtains. And now you’ll suffer for it!”

Of course, up until now bad guys/gals haven’t been much interested in tapping into phones but smartphones – with iOS, Android OS, Windows – is a whole different opportunity.

Due to the difficulty of updating software and patching vulnerabilities on mobile phones, malware writers have started to get busy. 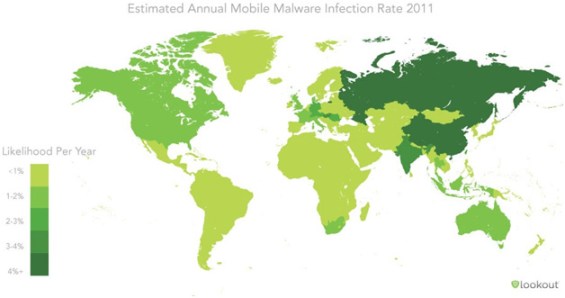 Attacks Just Beginning – Mobile phone malware and cyber theft is just beginning to appear; and most security analysts say it will rapidly increase as people begin to widely use smartphones as their key personal/company information on the devices. With the growing use of smartphones for almost everything, consumers will become more vulnerable to attack. Source – Lookout

According to Lookout Mobile Security’s Mobile Threat Report, Android smartphone owners are twice as likely to encounter malware as they were six months ago.
Lookout notes that botnet networks – integrating thousands of mobile devices into a network to distribute spam, steal private info, install other malware like DroidDream, Geimini – are only beginning to scale. 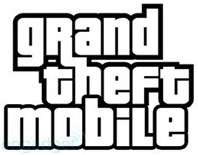 No Game – While Grand Theft Auto is an adrenalin-raising, addictive game at home or on the go, its mobile version warns smartphone users they can’t be too careful.

But one security analyst said the bad guys/gals are only just beginning.
It’s a lot like Willy Sutton’s response when asked “Why do you rob banks?”
Pretty obvious…“Because that’s where the money is!”
Today’s cyber criminals are no different…that’s where you are.
Mobile Pickpocketing (SMS/call fraud) – charging phone bills – is already racking up millions for these people with things like GGTracker, RuFraud and other creative efforts.

The biggest problem – cyber crooks think of it as opportunity – is that all those gazillion mobile apps are developed by folks who have little/no understanding/consideration for data privacy or confidentiality.

And trust us; you don’t have a clue on what types of information is collected, how it is used, how it is retained!

Or, as the farmer said, “Excuse me, sir. There’s breathing in my barn.”

That’s probably why people like Juniper Research forecast that mobile payments for digital and physical goods, mobile money transfers and NFC-enabled contactless transactions will almost triple from $240 billion in 2011 to $670 billion in 2015. 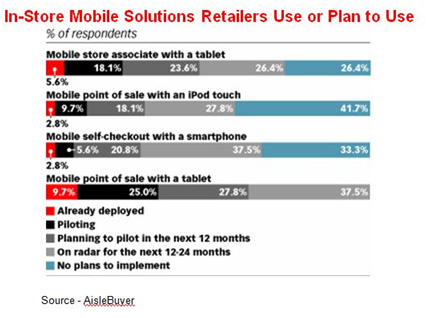 Testing the Waters – Almost every retailer is trying to incorporate mobile devices into their customer contact/sales activity. It includes making mobile devices – initially iPads, iPod Touches – as well as mobile configured-websites; and increasingly, they are testing solutions for checkout with the smartphone. Over the next few years, a wide range of options will be available until two or three are tapped by retailers and consumers. Source – AisleBuyer

Retailers are already seeing the advantages of on-phone purchases and the data they can acquire when people use their mobile devices for payments.

The service providers, Google, Apple, Microsoft have been educating/helping them move people to the convenience and “benefits” of using your all-purpose smartphone for just everything.

On-phone purchases/electronic cash won’t come quickly; and it will be chaotic between now and then. After all, “everyone” – banks, credit card companies, PayPal, stores — will want a piece of the action.

Of course, there is also the little issue of making you feel totally comfortable with it as well.

There are really smart people like Giovanni Vigna, a professor at the University of California, Santa Barbara, who studies security and malware. He said it’s only a matter of time before mobile security will be as second nature to consumers as computer security.

Yes But – While younger consumers who do virtually everything with their smartphone can appreciate the advantage of using the smartphone and tablet as a means of paying for goods/services, mobile payment is still a work in progress. Security, privacy and payment standards are just a few of the issues standing in the way of widespread usage. Source – Prosper Mobile Insights

Harris research found that the cashless solution with electronic payments has a ways to go:

Wolman was right in his book and cash will disappear globally not to IOUs but to your mobile device.

For most of us, it’s going to take time, lots of time. 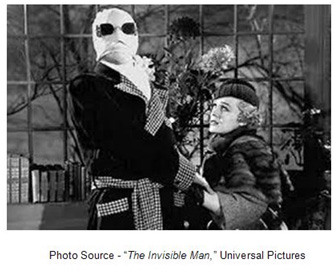 When it does, lots will hear the Invisible Man whisper, “I failed. I meddled in things that man must leave alone.”
# # #