Exploring “Frame time” measurement – Part 2 – Is the SSD “smoother” than the HDD in Gaming?

It has been noted for nearly a decade that just measuring a game’s framerates (fps) does not convey the full experience if there is stutter, microstutter, or jitter.  Frames must be delivered evenly to make for a smooth PC gaming experience.  For about a year, Scott Wasson of the Tech Report has charted “frame times” which are measured by Fraps. He is not the first as Lost Circuits experimented with frame times and latency in 2008 but they returned to fps charts for simplicity sake. 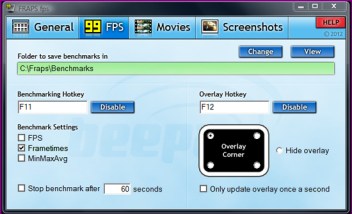 In our last evaluation, we established that Fraps is a very good measure of frame rates (fps) as well as its ability to measure frame times. Fraps outputs results that can be charted in Excel or a similar spreadsheet program if “frametimes” is checked (along with “FPS” and “MinMaxAvg” which are usually measured, under the “FPS” tab).

We looked at two in-game benchmarks, the STALKER, Call of Pripyat stand-alone benchmark and Metro 2033’s official benchmark, as well as Far Cry 2, because their game engine also measures frame times.  By comparing  the game engines reported timing with Fraps frame time measurements, we found that the charts – although not identical – were so close as to nearly mirror each others results.

We feel reasonably confident as we proceed that Fraps is as useful a tool in reporting frame times as it is for frame rates. It is not perfect, but it conveys a reasonable assessment of what is actually being experienced in-game by the user regarding smoothness or its lack.  Since we have established that Fraps is a great tool for measuring framerates as well as frame times, we next want to examine the effects that using a hard disk drive (HDD) versus a solid state drive (SSD) might have on measuring the smoothness of a gaming experience. 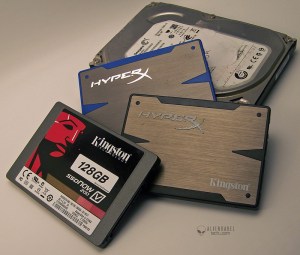 We are still using the stock-clocked GTX 680 and later benching will pit its frame time smoothness of delivery versus the HD 7970 at GHz edition clocks. Raw frame rates simply do not convey the complete gaming experience and this can be easily illustrated with multi-GPU, where otherwise satisfactory frame rates may feel much slower than then they should due to uneven delivery of frames. 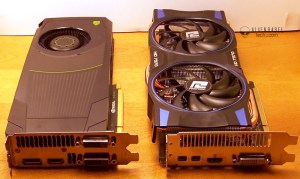 Please continue on to the next page for the complete hardware and software setup of our testing platform.