Motorola Shadow battery spotted, more benchmark scores point to it being the faster than Nexus One with Android 2.2, Froyo being tested for DROID

So over the past few days a lot has been revealed about the Motorola Shadow which all started with the leaked image from the “Getting Started” guide here. Since then, we have seen the phone being held in person and checked out its side. We also got some benchmark scores which got us all excited but could not determine which version on Android this handset was running.

Now a new screenshot from the Quadrant benchmark, points to the Shadow running Android 2.1 and beating out the Samsung Galaxy S at the same time. How this is possible has left us wondering since the “Hummingbird” processor in the Galaxy S uses a PowerVR SGX 540 GPU compared to the PowerVR SGX 530 GPU used in the OMAP 3630 processor rumored to be used in the Shadow. The Hummingbird processor is also clocked higher than the OMAP 3630 i.e 1 GHz vs 720 MHz. Something tells me that something is amiss here. Either, we have the specs of the Galaxy S wrong, or the Shadow’s rumored specs may not be right and it might just be flying low. 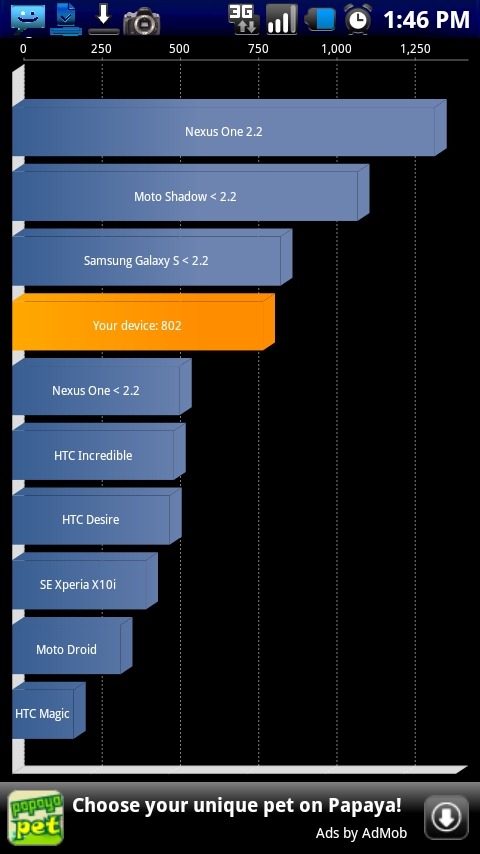 To confirm this we have dug up a post from one of the Verizon insiders who has been posting information about the Shadow. Here is what bill23 had to say:

My Droid 1 scores 834 with stock froyo.on the quadrant app.my shadow scored better than some of the other scores i have seen..very impressive ..

That certainly is good news for DROID owners too as froyo is being tested for them. And when asked whether the Shadow was running Froyo, bill23 replied:

Its not on froyo

to the cheers of many Android and Shadow fans out there.

Of course the high benchmark scores may have something to do with a new version of MotoBlur, Ninja Blur, that the Shadow is supposed to come with. That is pretty cool name if you ask me. Here is what wnrussel had to say about Ninja Blur:

I move silent like a "Ninja" and strike in a" Blur" of speed.
Ninja Blur is Blur running without the user knowing. For those who don’t like Blur. 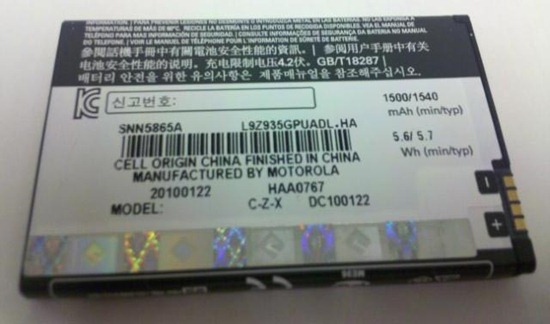 Here’s an article we published some time ago, detailing the Hummingbird processor.