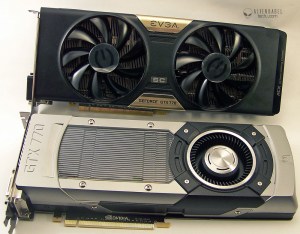 This particular evaluation is designed to compare 4GB vRAM versus 2GB.  Since we do not want any chance of our CPU “bottlenecking” our graphics, we are testing our two graphics cards by using our Ivy Bridge Intel Core i7-3770K at 4.50GHz, 16GB Kingston “Beast” HyperX DDR3 at 2133MHz, and an EVGA Z77 FTW motherboard. The Core i7-3770K at 4.5GHz is more than enough to differentiate even high-end video cards at high resolution and at high detail settings.

The EVGA Z77 FTW motherboard features 16x + 16x PCIe 3.0 specification for CrossFire/SLI which we will test in the next article covering GTX 770 SLI as we have just received a 2GB GTX 770 Hall of Fame edition from Galaxy for evaluation.

Unfortunately,  we were unable to SLI our 4GB EVGA GTX 770 with the 2GB reference GTX 770 even using Coolbits, and we did not want to use older (modded) drivers. 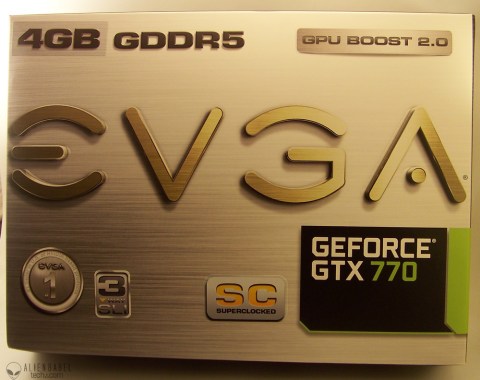 The EVGA GTX 770 SC uses the same PCB as the reference version, but we note that it uses double capacity GDDR5 modules totaling 4GB instead of the standard 2GB. 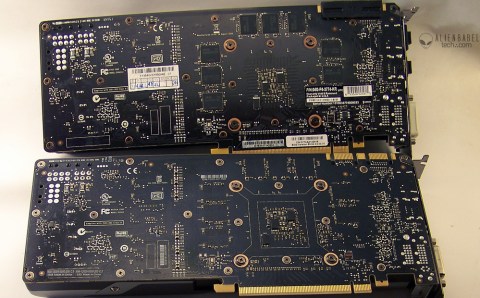 There is one interesting thing that we did not cover in our original evaluation of the EVGA GTX 770 SC.  It has a dual-BIOS switch. 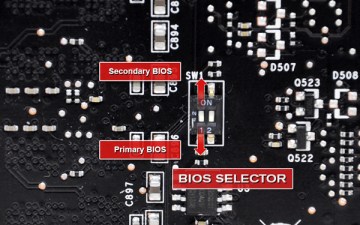 We can’t wait to test out two GTX 770s against each other, but before we begin the testing, head over to our testing configuration.