S.T.A.L.K.E.R.: Shadow of Chernobyl, previously known as S.T.A.L.K.E.R.: Oblivion Lost, is a first-person shooter computer game by Ukrainian developer GSC Game World, published in 2007. It features an alternate reality theme, where a second nuclear disaster occurs at the Chernobyl Nuclear Power Plant in the near future and causes strange changes in the area around it. It features a non-linear storyline which feature role-playing gameplay elements such as trading and allying with NPC factions. The player assumes the identity of a S.T.A.L.K.E.R.; an illegal artifact scavenger in “The Zone” which encompasses roughly 30 square kilometers.

We are using a custom recorded timedemo for benchmark purposes. The Steam version of this game is used. Here are the settings used: 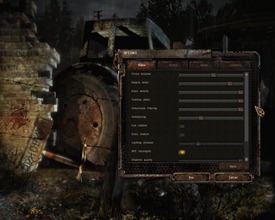 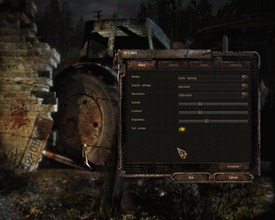 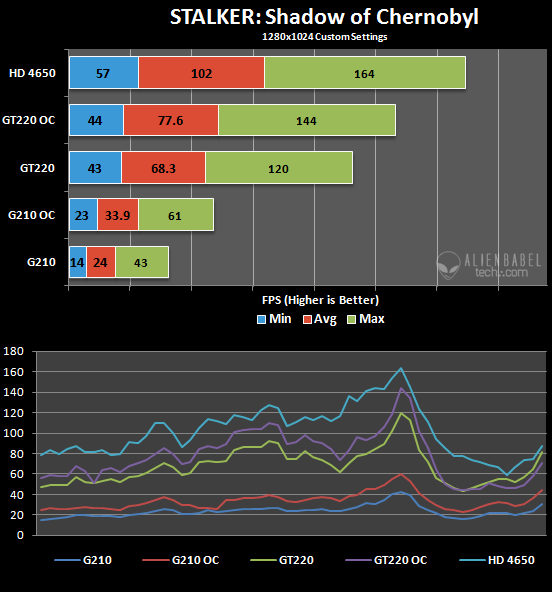 The HD 4650 is just too strong for Nvidia cards to handle in this game. The G210 is able to provide smooth framerates even though the maximum graphic setting preset is used. Only gripe is that static lighting is used instead of fully dynamic lighting which really kills the performance on these cards. The GT220 turns out better but can’t catch the HD 4650 which is miles ahead.