Call of Duty 4:Modern Warfare was one of the most successful games of 2007.  It was the top-selling game worldwide for 2007, selling over seven million copies by January 2008. It uses a proprietary game engine that includes features such as true world-dynamic lightning, HDR lighting effects, dynamics shadows, and depth of field. It features a fictional story set in the near-future. The most well-received part of the game is its multiplayer modes, where you earn experience points for kills and completing certain tasks online. These experience points unlock certain abilities and new and more powerful guns which can tip the balance in your favor in online matches.

For testing this game, I recorded a timedemo on the “Vacant” map. The demo was recorded while trying to capture some of the most graphically intense sections of the game like throwing a smoke grenade and then walking and shooting in it which really brings all the cards to their knees resulting in the minimum FPS. The demo was played back at normal speed with the demo command from the console and the results were recorded by FRAPS 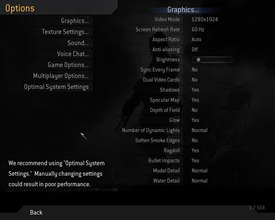 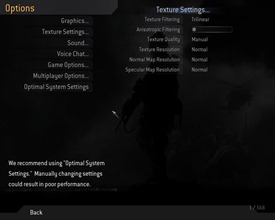 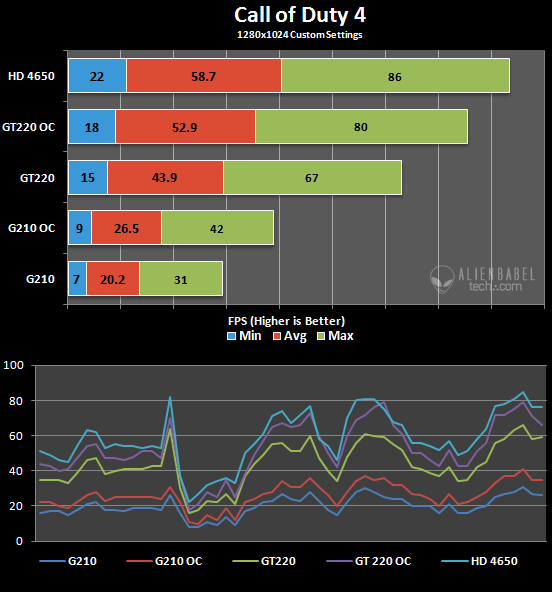 The G210 is barely able to provide playable framerates. Perhaps if you own this card it would be wise to lower the settings and resolution even further. But the GT220 almost catches the HD 4650 once it is overclocked.