Team Fortress 2 is a team-based first-person shooter multiplayer video game developed by Valve.  A sequel to Valve’s previous Team Fortress Classic, it was first released as part of the video game compilation The Orange Box, which featured games like Half Life 2:Episode 2 and Portal. Team Fortress 2 is focused around two opposing teams competing for an objective. Players can choose to play as one of nine classes in these teams, each with his own unique strengths and weaknesses.

This game gives a good idea of performance of other games based on Valve’s source engine. We are using a custom recorded timedemo for benchmarking.

Here are the settings used: 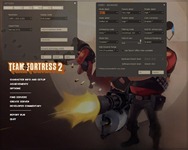 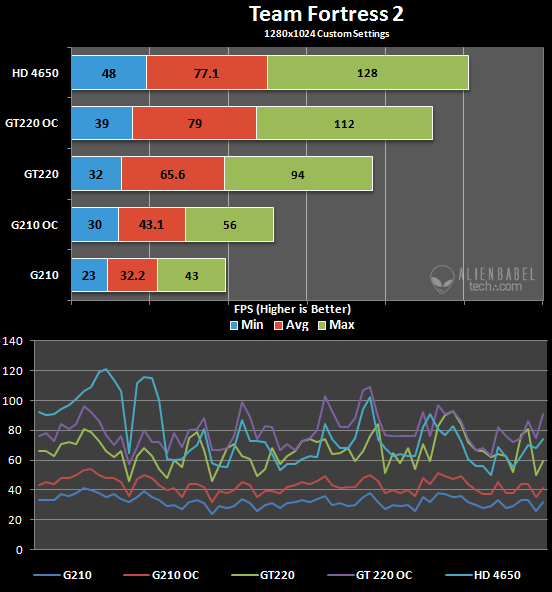 The overclocked GT220 wins in average framerate comparison with the HD 4650 but loses out in minimum FPS. Still both of the cards managed to offer pretty smooth framerates even at maximum settings in this popular online shooter. If you are an avid Team Fortress 2 player looking to pick up a video card on the cheap, the Galaxy’s G210 or the GT220 should be all you need.