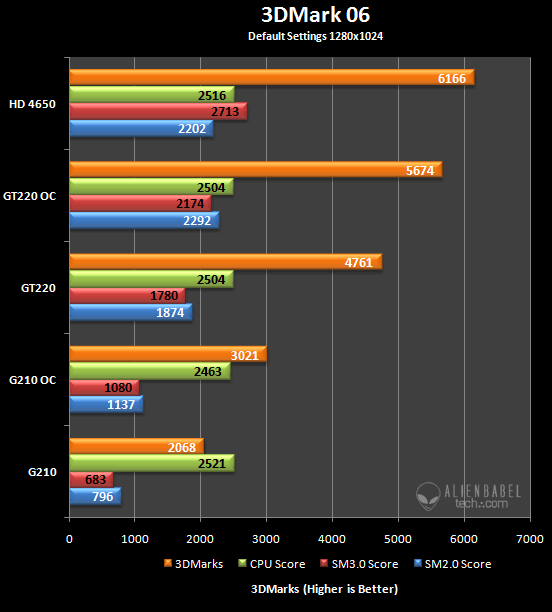 3DMark Vantage is a PC benchmark suite designed to test the DirectX10 performance of your graphics card. It is the latest addition to the 3DMark series. As it is a DX10-only benchmark, it only runs on Windows Vista and Windows 7. 3DMark Vantage is composed of four full-bore benchmarking tests (2 CPU tests and 2 GPU tests) and 6 feature tests. This test makes good use of multi-core CPUs and can even use Nvidia’s PhysX technology on its GeForce lineup of video cards. 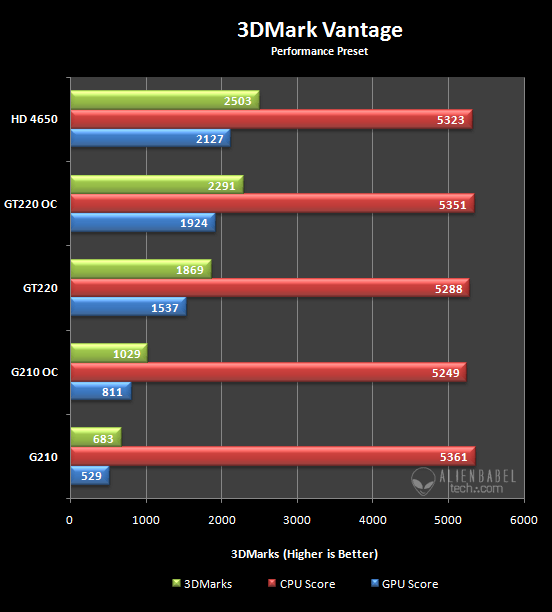 Both the cards lost to HD 4650 by a fair margin. GT220 was able to make up some lost ground under overclocked condition.

Although you should never go by just synthetic benchmarks such as 3DMark to compare GPUs, but they do give an expected result of how GPUs compare with each other performance wise. But the games are a different story altogether as you shall see on the next few pages.